Can You See Me?

Many drivers who are involved in a crash with a motorcycle report that they did not see the motorcycle.  The question is “why not?” 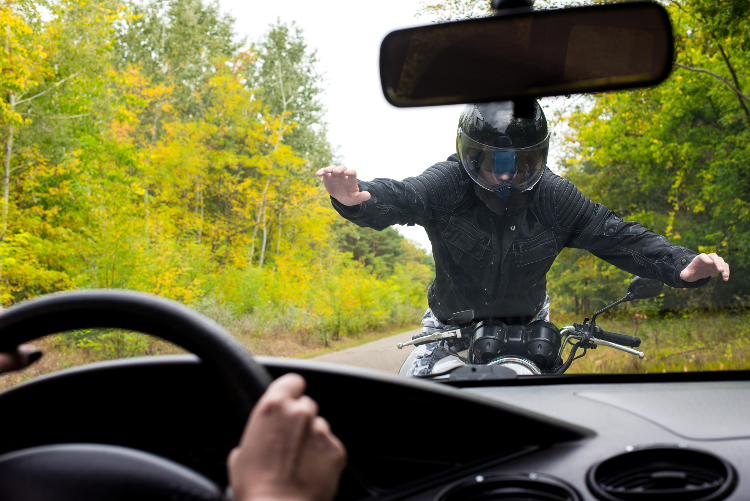 Some Statistics About Motorcycle Crashes

According to the National Highway Traffic Safety Administration’s (NHTSA) “Traffic Safety Facts: Motorcycles” report (HS 812353), among all fatal motorcycle crashes in 2015, 54% of fatal crashes were multi-vehicle crashes. Other notable characteristics include:

Some other statistics for you to consider:

Simply put, a large proportion of motorcycle crashes – particularly those resulting in fatalities – involve other types of vehicles in the crash. It is imperative for drivers of all levels of experience to understand the importance of sharing the road. Motorcycles are common on New York roads.

It is your responsibility as a driver to be aware of motorcycles and understand how to safely share the road with them.

Sharing the Road With Motorcycles

Motorcycles, including two or three wheeled vehicles like scooters and mopeds, come in a variety of shapes and sizes. Examples include (but are not limited to): Cruisers, Standards, Dual-sport, Off-road, Sport bikes, Tourers, Mopeds, and Scooters. 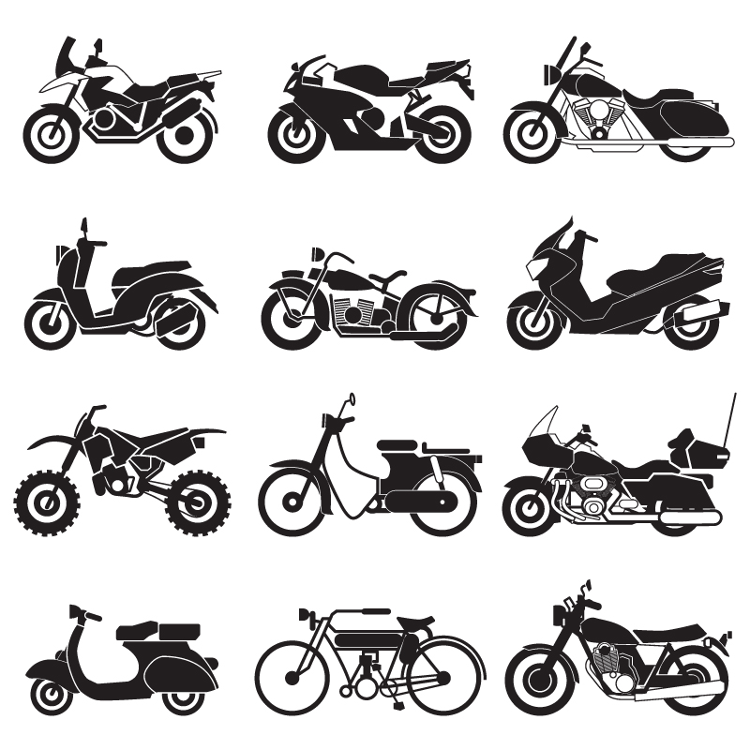 Motorcyclists have the same rights and responsibilities as drivers of other vehicles, and must follow the same traffic laws. However, motorcyclists, like pedestrians, bicyclists and skaters, are less visible to drivers. Though you may often see motorcycles on the roads in the spring, summer, or fall – you can encounter motorcycles anytime and anywhere. Because we don’t see them all year, we may not actively think about them.

When there is a crash involving a motorcycle and another vehicle, the rider (and passenger) have a much higher chance of being seriously hurt or killed than the driver (and passengers) of the other vehicle. Though motorcyclists are required to wear approved helmets and goggles or a face shield, motorcycles themselves do not offer the rider the protections that you have with other types of vehicles. For example, motorcycles don’t protect the rider with a frame around the rider.

Always keep in mind: a fender bender for you is likely to be a major wreck for a motorcycle operator.

Motorcyclists might have to drive differently than you on some road surfaces such as:

A motorcyclist might quickly change speed or lane position, or decrease speed and change direction, or move to the center of the lane to avoid a hazard.

In all situations, allow extra space between your vehicle and a motorcycle.

Be Aware of Motorcycles 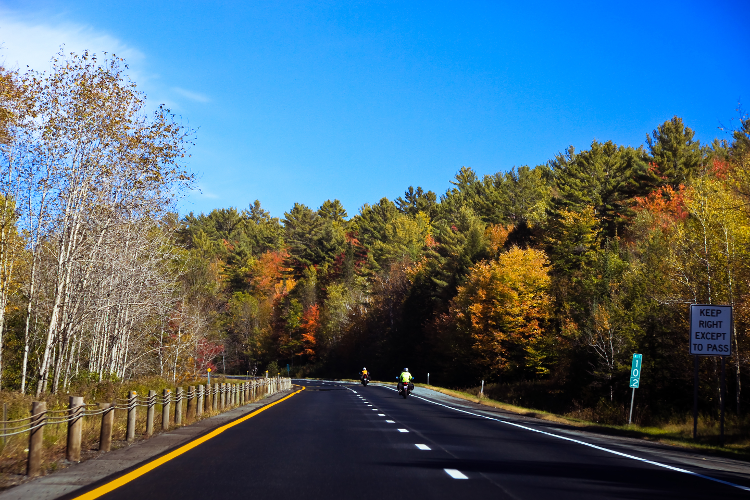 There are several factors that make motorcycles less visible

Intersections can be especially dangerous for motorcycles. There are often many vehicles at intersections, and it’s human nature to notice large vehicles first, so motorcycles may seem to “blend in.”

Drivers may not see motorcycles simply because they don’t look for motorcycles. A new driver may be told to look for cars (and trucks) before going through an intersection – and that is precisely what the driver will look for.  All drivers need to train themselves to look for a multitude of hazards (including – BUT NOT LIMITED TO - trucks, buses, bicyclists, pedestrians, and motorcycles).

Drivers need to adjust how they drive around motorcycles.

If you would like more information on motorcycle safety and awareness, you can refer to the following: