School Buses are Unlike Other Vehicles

School buses have bigger blind spots, take longer to stop, and need more room to maneuver than a standard vehicle. Buses should be treated differently than you would treat an average-sized vehicle. It is important for drivers to know how to react to a school bus in operation.

When you encounter a school bus: 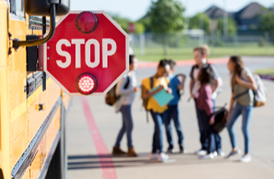 Laws protect students who are getting on and off a school bus by making it illegal for drivers to pass a school bus while the school bus is stopped for the purpose of dropping off or picking up passengers and the red lights on the school bus are flashing, regardless of the direction of approach.

The NY State Education Department, Department of Pupil Transportation, states that the youngest students are most at risk.

Children ages 4 to 8 (grades K-3) are most susceptible to a school bus fatality. These children, though they represent less than 35% of the student population, were involved in 69% of the fatalities (79 out of 114). Factors that likely contribute to these statistics: 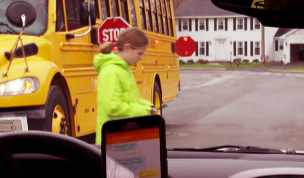 When a school bus stops and flashes its red lights, traffic approaching from either direction must stop before reaching the bus: 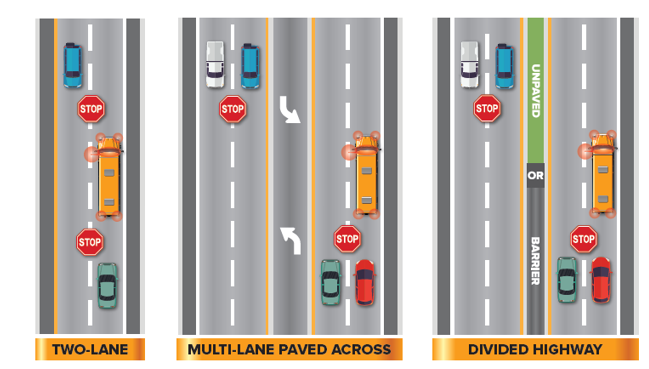 Yellow flashing lights mean the bus is preparing to stop to load or unload children. Slow down and prepare to stop your vehicle.

Red flashing lights mean the bus has stopped and children are getting on or off. Stop your vehicle and wait until the school bus resumes motion or until signaled by the driver or police officer to proceed. 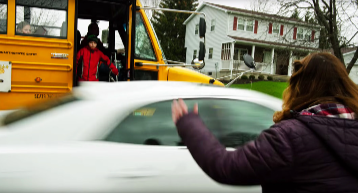 Fatal crashes involving students who were struck by passing motorists typically involved one or more of the following factors:

Vehicle Operators - There are legal and financial consequences for vehicle operators who pass a school bus while the school bus is stopped for the purpose of dropping off or picking up passengers and red lights on the school bus are flashing.

*Five points will be added to theoperator's driving record for each conviction.

Vehicle Owners - A law was passed in 2019 1 that authorizes school districts and municipalities to use stop-arm cameras on school buses to impose penalties on the owners of vehicles which pass a school bus while the school bus is stopped for the purpose of dropping off or picking up passengers and red lights on the school bus are flashing.

If you would like more information on school bus safety and awareness, you can refer to the following: